Does Vaping CBD Get You High? What Does It Feel Like? 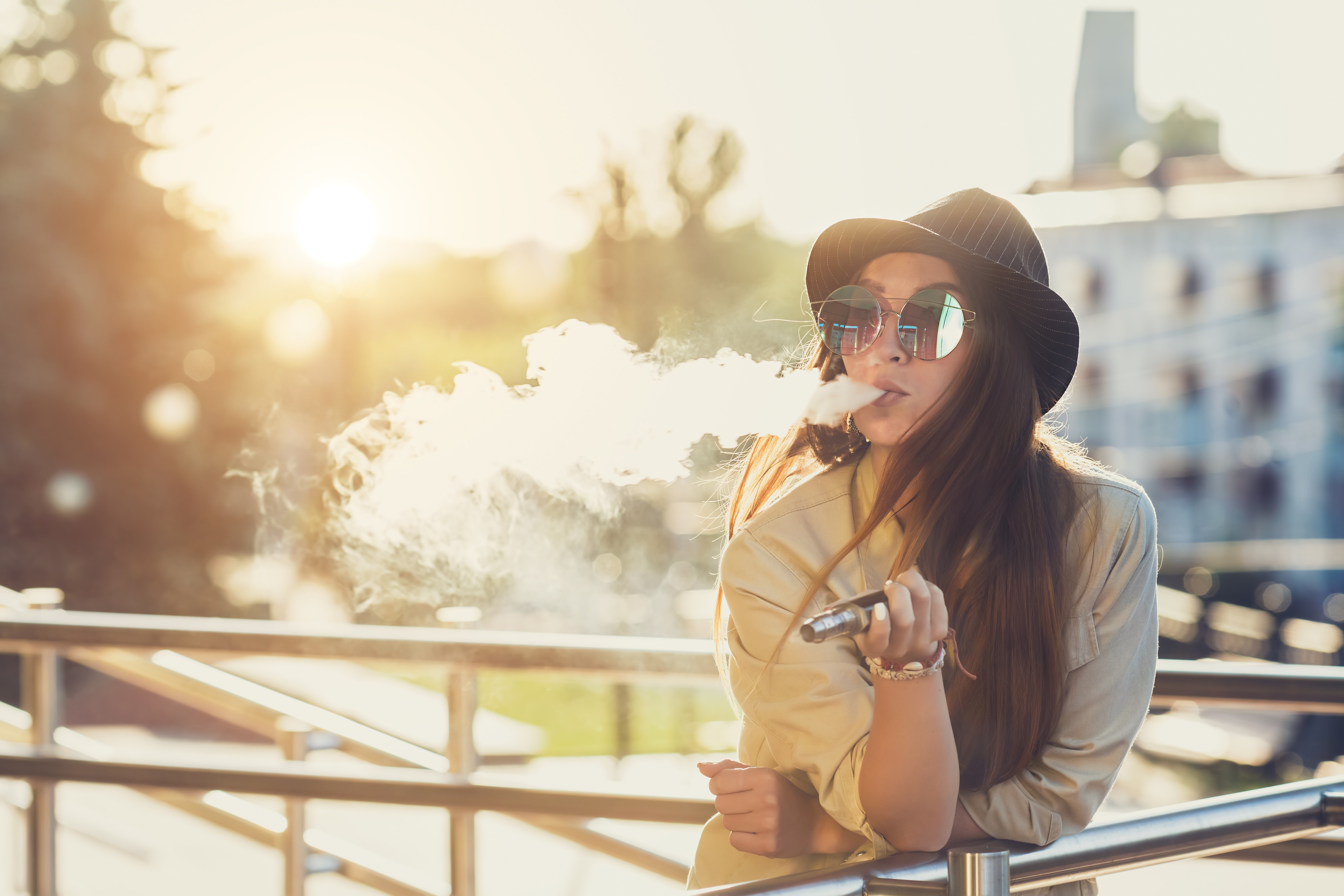 Cannabidiol is one of more than 100 active cannabinoids in the cannabis plant. It is a major one, making up about 40% of the extract from the plant.

Cannabidiol is interesting from a medical point of view because it has few-to-no side effects, no potent psychoactivity, and doesn’t interfere with psychomotor learning and psychological functions. These are all things that THC is known for (THC being the primary active ingredient in cannabis and the compound that gets you high).

CBD instead acts primarily on a system in the body called the “endocannabinoid system.” This is a complex system that is distributed throughout the entire body (not just the brain) and which impacts on a range of bodily functions like appetite, mood, sleep, and more. The endocannabinoid system is also unique for working “backward.” In scientific terms, this means that the chemical signals are released from the postsynaptic neuron and then attach to the pre-synaptic neuron. This then alters the neurotransmitters that are released and how messages are sent.

THC works by stimulating the CB1 receptors in the cannabinoid system, resulting in changes in chemical messaging and the psychotropic effects associated with the drug. CBD on the other hand is known as a “negative allosteric modulator” of CBD1. It alters but does not stimulate the receptor, and in fact it can lessen the effects of THC. It does though

For a time, CBD was one of the more popular choices for those using medical marijuana for these very reasons – seeing as it does share some of the same benefits but does not have the alarming psychotropic effects. And that also makes it a great choice for anyone looking to use it as a form of self-medication, or just as a way to relax and unwind after a stressful day. CBD has also been shown to offer other health benefits that THC does not – such as anti-inflammatory properties!

How to use CBD?

You can take CBD in a number of ways, but not all methods will give you the same effect. In fact, some work a lot better than others. CBD has an extremely low bioavailability when you swallow it, so merely swallowing CBD isn’t going to be optimal. In other words, are you actually benefiting from the CBD that you’re taking?

This leads us on nicely to vaping CBD. It’s no secret that smoking isn’t good for your lungs, and people with illnesses or poor health already probably shouldn’t be doing something that could challenge their bodies even more. No matter what it is you’re inhaling, when you smoke you bring harmful agents into your lungs and throat and these can result in an increased likelihood of cancer as well as causing inflammation and a range of breathing problems. Vaping, on the other hand, means you’re inhaling vapor rather than smoke, which has none of the same harmful qualities.

With vaping, you may have to vape two to three times a day to have those effects. Vaping is really easy, though. You’ll feel the effects instantly. For some, they prefer that instant gratification. They like being in control and knowing that they’re in charge of initiating the effects instantly. It can be troubling for some people to think they’ll have to wait 30 to 45 minutes to get relief.

Vaping has a ton of other benefits too. For one, it’s social as you can pass the vape around in a group as you fill the room with vapor. For another, many people enjoy the paraphernalia and the whole practice of vaping. Like enjoying a great cup of coffee, the preparation is all part of the fun!

Does vaping CBD get you high?

In short, vaping CBD does not get you “high.” While it does have some effects on the brain, these effects are not psychoactive, meaning they don’t make changes to your personality or judgments.

The key thing to understand is that CBD is not the main active ingredient in cannabis. CBD is just one of the many substances found in the cannabis plant, most of which are completely “inert.” Therefore, its uses are very different from those you might typically associate with cannabis.

Many people find the action of vaping to be a pleasurable experience. This is especially true for those that have previously smoked cigarettes or cigars.

Vaping fills the lungs with a warm vapor, which is usually flavored in order to provide a pleasing taste in the mouth.

The effects of CBD won’t be felt immediately or in a remarkably strong manner – though as mentioned, vaping does allow the substance to act more quickly. Instead, you’ll feel the tension in your muscles relax as though you were climbing into a nice warm bath. You may feel warmed up from the inside out. And after that, you’ll likely find that you are a little calmer, a little happier, and even less hunger. All these benefits make vaping CBD a highly popular choice and one that people from many walks of life should consider!

The Benefits of Using CBD Before a Job Interview